The Wrath of Cain by Kathy Coopmans blog tour.

Watch the Wrath unfold!  Clubs. Mafia. Drugs. Murder. And the man they all know as Scarface, will leave you guessing in
book one of this brand new series... 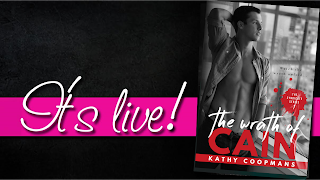 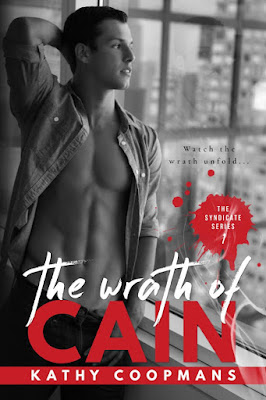 After six long years of still being married, Calla returns to Detroit to have Cain sign divorce papers.

Only Cain has changed.

He’s bitter, angry and for a good reason.

At least that’s what he’s been telling himself for the past six years.

Cain Bexley had fifteen minutes to destroy his marriage to protect the woman he loved.  He did the only thing he could think of to make her leave. He jumped in bed with a woman. Life at home was a lie. Lives were at risk.

People are not who they seem.

Not even Cain’s dad or Calla’s parents are who they say they are. When Calla shows up begging for a divorce. He shows her exactly who he is and no way in hell will he sign those papers.

What happens when six years later she returns? The only woman he has loved. A woman who has changed herself! When all the lies surface will she be able to forgive everyone she has trusted in her life or will Calla turn to the man who destroyed her?

The Wrath of Cain had me intrigued from page one. The synopsis had me more than excited for when the book hit my kindle. I wasn't disappointed.
Kathy Coopmans brings us a mob story with an MC club thrown in.... everything perfect for me. I love mob & MC books. Together?... it was brilliant.
I felt for Calla and Cain when their true history was revealed, when their real story was told... every side of it. The things people give up in the name of love are heartbreaking at times... in this case, I'm not sure I would have been able to forgive family who interfered thinking they knew what was best.
I felt like the angst could have been more than what it was. Every time a secret was revealed it was pretty much straight away and that made the angst fall flat a few times.

The twists and turns are fab!
Great read and I can't wait for the next book on The Syndicate series. 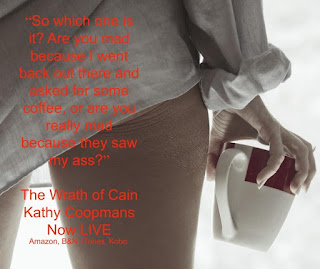 Excerpt
My brain finally catches up with the fact I’m naked in front of Cain for the first time in six years. I sit up in a rush of water and bring my knees to my chest, resting my chin on top of them.
“You... you shouldn’t be in here.”
“You wouldn’t answer me,” he says exasperatedly.
“Well, no shit. My head was underwater. That still doesn’t give you the right to just walk in here.”
“When you don’t answer me when I’m standing right outside of a wide open door, not to mention the fact this is my house... well, then I think I have every fucking right. Don’t you?”
“No, I don’t. You could have just peeked in and seen I was fine and waited. Was this some kind of ploy for you to get me right where you wanted me? Are you so afraid that the minute you turn your back on me I will up and try to leave? Are you going to watch my every move? Or did you have an ulterior motive in suggesting I shower, just so I could strip down naked and you could make damn sure I didn’t go anywhere? So tell me what the hell it is, because this back and forth, hot and cold game you’ve started is really starting to piss me the hell off!”
I glare up at him, not quite able to read his eyes.
What I do know is that the sexual tension between the two of us is so strong, it’s working triple overtime. There’s only one tiny little obstacle in our way... and that would be our past. The fact that I can’t trust him. He broke every bit of it the same day he broke my heart. One of us needs to give in, take charge so we can just fuck and move on.

About the Author:
Kathy Coopmans 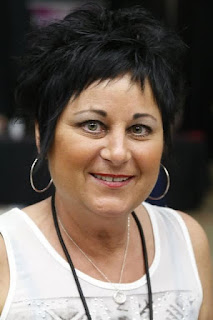 Amazon Best Selling Author Kathy Coopmans, lives in Michigan with her husband Tony where they have two grown sons.
After raising her children she decided to publish her first book and retiring from being a hairstylist.
She now writes full time.
She's a huge sports fan with her favorite being Football and Tennis.
She's a giver and will do anything she can to help another person succeed!

Use whichever one of these you would like babe.

a Rafflecopter giveaway
Posted by Islandloveliesbookblog at 01:41 No comments: 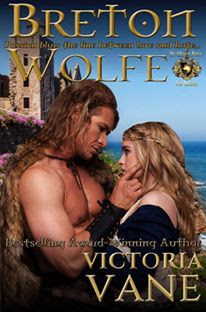 She swore to defy him to her dying breath... But passion blurs the line between love and hate...
The bluest blood and the hardest heart... at least when it comes to marriage... The daughter of a duke and granddaughter of a king, Adele of Vannes was bartered at birth in a marriage treaty for the sole purpose of producing a royal heir. When her philandering husband is slain by Norse marauders, she is coerced to wed again in order to protect her home and her people. Adele knows that her beloved Brittany needs a strong hand to survive, but how can she ever reconcile her bitterness and hatred with the desire she feels for her mortal enemy?
She’s the jewel he seeks for his Breton crown...A Barbarian bent on building a dynasty, Valdrik Vargr, ‘the Norse Wolf,’ is renowned for both his bravery in battle and shrewdness in statecraft. Setting his sights on claiming the kingdom of Brittany, he knows that siring sons from royal blood would solidify his hold, but the woman he would claim as his queen refuses to have him. Will he fuel her hatred by taking her to his bed, or will the man who strikes terror in the hearts of men be reduced to wooing his bride? 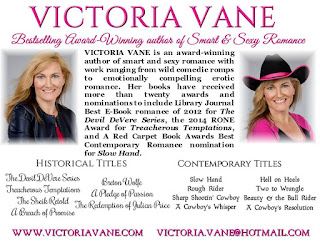